A Brief History of Wanaka…once known as Pembroke 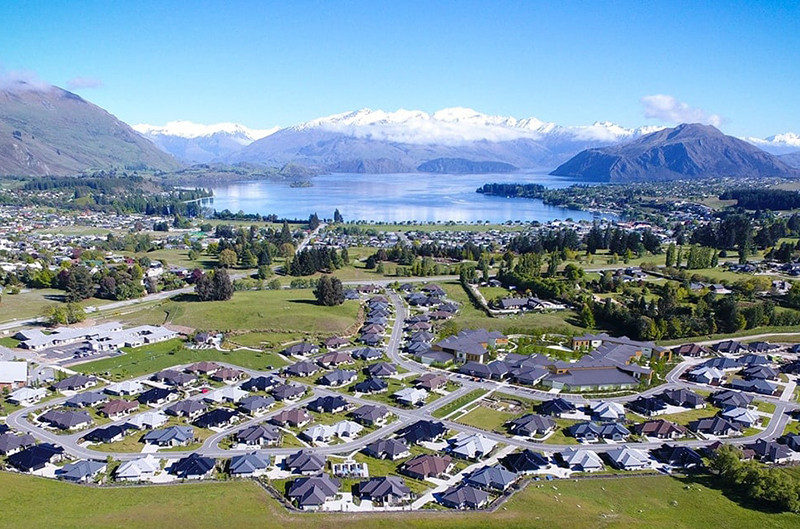 A Brief History of Wanaka…once known as Pembroke

Our second resident to move to Aspiring Lifestyle Retirement Village back in 2010, had a long family history in the Wanaka Region, with his mother the first European born in the town. In the early days of European settlement, Wanaka was known as Pembroke. This is reflected today in the names of landmarks and businesses around town –

and Pembroke Patisserie for example.

Anyhow, here is a little information about the region for those history buffs:

The first human settlements near these lakes were Maori summer campsites known as ‘kianga’. The Maori fished and hunted for birds around Wanaka, before heading to the ‘pounamu’ (greenstone) deposits on the South Island’s west coast. Unfortunately, a Maori war party from the north destroyed most of these early settlements in 1836.

The Maori name for the trail that leads through Haast Pass is Tiora-patea, which means ‘the way is clear’. The pass was first used by Maori on their way to the pounamu (jade) rivers of the coast

A gold prospector called Charles Cameron is believed to be the first European to find the pass. He crossed over in January 1863, burying his powder flask to the west of the pass. Close behind him came Julius von Haast, who named the pass after himself and claimed to be the first European to have travelled through it, however the discovery of Cameron’s flask discredited this claim. It took Julius von Haast and his party over four weeks to complete the journey, after being shown the start of the trail by Maori.

A Maori chieftain named Reko guided the area’s first European visitor, Nathaniel Chalmers, in 1853. Another Maori chief, Te Huruhuru, sketched a simple map of the region at this time, which remains today.

European settlement began in the Upper Clutha River Valley in the 1850s, with the establishment of sheep stations by runholders. The first station was at Albert Town, the only place where settlers could ford the Clutha River. The world’s first sheepdog trials were reportedly held in Wanaka in 1867.

The first gold rush started in 1863 with the discovery of gold in the Lindis River and Cardrona Valley and by 1870 Cardrona was the region’s largest town with a permanent population of 400 people. The population of Wanaka wouldn’t reach 400 until nearly one hundred years later in 1960.

The present site of Wanaka was first surveyed in 1863, and settlement increased in Pembroke (the old name for Wanaka) during the 1870s because of timber milling in the Matukituki and Makarora Valleys and the use of Lake Wanaka for transport.

Wanaka is believed to be named after a chief, Ō-Anake or Ō-Anaka, but it may also be from the word Wānaka which is a South Island form of wānanga, meaning sacred knowledge or a place of learning. Residents changed the named from Pembroke to Wanaka in 1940.

Tourism in the town began in 1867 with the opening of the first hotel, by Theodore Russell and in 1883 the Theodore, a paddle steamer, offered cruises for tourists on the lake.

Mt Aspiring was first climbed by Major Bernard Head in 1909. Mt Aspiring National Park was gazetted in 1964 and then became part of the Te Wahipounamu – South West New Zealand World Heritage site in 1990.

The Haast Pass Highway was finally completed in 1965, after 30 years of work, linking the West Coast and Otago but wouldn’t be completely sealed for another 30 years.

We all know Wanaka today as a popular ski and holiday destination for both New Zealanders and travellers from abroad. For those living at Aspiring Village, it is a place to call home.